Learn more about the organization below. 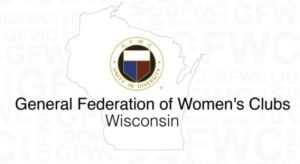 We receive messages of support for our work with runaway youth from individuals and organizations often, but very few tell us that we are the inspiration for their organization’s action on issues.

Loretta Caron, a resident of Kenosha, WI., was recently named the state director of the Wisconsin branch of the General Federation of Womens’ Clubs. The organization is “an international women’s organization dedicated to community improvement by enhancing the lives of others through volunteer service.”

According to Caron, as part of her 2-year tenure, she is expected to champion a cause. Based on her interests and beliefs, and then after completing research, she discovered the National Runaway Safeline. She recently delivered a speech to the members of her organization and explained her reasoning for choosing to support NRS. Below is an edited version of her speech.

I am both honored and humbled to serve as your Director of Junior Clubs for Wisconsin.

I want to thank the women of my club; it has been a place where I have grown the past 11 years.

My husband has been very supportive of me being involved in the Junior Club and getting involved at the state level. When I told him about getting further involved, he asked, “what did that mean?” I’ll need to have a cause and symbol…something that represents me and what I’m interested in.

So I thought…(I) came up with some ideas about causes that represent GFWC, who I am, etc. Jotted down some words on a post-it and put them all in a google search to see what I would get.  The words I wrote down were:

Let me tell you story about a boy.  This boy was born in Connecticut, but by the time he was 9, he had lived in 6 states. The story the boy was told – his dad had been a prisoner of war during Korea and had a problem trusting people close to him – especially his family, and took it out on the kids.  His mom had been married to his dad twice.  She had met the dad at the Veterans Hospital where she was a nurse.  Later when the family made it to California, she worked nights at a prison hospital.  You can only imagine what state she was in when she got home.  She was full of stress. Angry and bitter about the divorce.

The boy liked to escape the abuse of the family by reading.  One story caught his fantasy. It was titled “My Side of the Mountain,” and is about a boy that ran away with his pet raccoon Gus, and lived in a hollowed out tree.  Since the boy lived in the foothills of the mountains in California, he wanted to find the tree after a bad incident at home, not thinking he left home without shoes on. He walked several miles to his mother’s hairdresser.  The hairdresser called the mother, but the mother didn’t care to even come to pick him up – the police brought him home.

After another incident when he was 15 he had enough and left home for good.  He went to the foothills of California to Santa Barbara.  In Santa Barbara, there is large Fig Tree – he slept in the roots of the tree.  He made it up to San Francisco and then eventually ended up in Louisiana.  In Louisiana, he was beaten up really badly; so badly he thought maybe he should head back to California.  He made it Arizona.  Sleeping in park, a couple found him and brought the boy to their ‘group home.’ They enrolled him in school. He got a job at a Holiday Inn, he made money and got a car.  He even graduated high school a semester early.

I told you about National Runaway Safeline earlier.  They were founded in August 1971. The ironic thing – the boy graduated high school in 1971 and a month after this organization was founded he went into the Air Force. By the end of that year, he was in Vietnam.

You might think, “So what? This can’t happen to me.”  Well, the boy’s mother was a GFWC club member in California who happened to be my mother-in-law.  Yes, the boy grew up to be my husband.

I want to go back to the National Runaway Safeline …

When I went to their web page, I discovered they are partnered with Prevent Child Abuse America, one of GFWC’s partners.  I looked further into the statistics – which I’m a big numbers geek – and the statistics were astounding.

Most people think the kids that run away are bad kids.  The truth is they are good kids that come from bad situations.

Together we can educate ourselves about homeless, runaway kids – the abuse they face and also sex trafficking, as it plays a part, too.

Thank you to Loretta and the Junior Clubs of Wisconsin for your support! If you or your organization is interested in learning more about runaway and homeless youth issues and how you can help, please contact our Community Engagement Specialist, Andrea Medina.