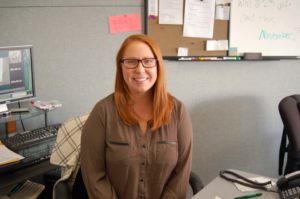 June 14th and 15th Marked the 7th Annual Resource Officer Training Conference in Appleton, WI. This event is an opportunity for police, school resource officers, liaisons, school personnel, counselors and many others to come together to talk and learn about various issues, including school shooting training. These varied groups share ideas about working with youth and families, as well as how to make schools and communities safer. This is the second time I’ve had the privilege of attending. In between exhibiting, and telling others about National Runaway Safeline’s intervention and prevention services, I like to check out speakers when I can.

The morning of the 15th was no different, and I decided to sneak into some of the morning sessions. The first was a two-part talk given by two members of the Marysville Police Department and a member of the Snohomish County Sheriff’s Office located in Washington State. They were discussing, in particular, a shooting that happened at one of their local schools in 2014. For those of you unfamiliar with this tragedy here is the description given by the speakers.

On October 24, 2014, a 15-year old freshman student shot five other students, fatally wounding four of them and himself at the Marysville Pilchuck High School in Marysville, WA. The shooter invited several students, who were all his friends, to meet him in the cafeteria via text message. Minutes prior, he sent a group text to his family and the families of his would-be victims to apologize for his actions, explaining his motive and including funeral plans.

In between the talks about police strategy and response procedures, we got to hear from Chris Sutherland, the School Resource Officer who was on-site that day, and was one of the first responders to the scene. Hearing him talk about his experience and how he has dealt with the aftermath personally was powerful, to say the least. Listening to his voice waiver while he recounted the events of that day gave me a small glimpse into the types of things SROs, POs, school staff, families and communities deal with when senseless violence like this happens. While he has gotten support to help him start the process of healing, he raised his concerns about the many who have not gotten the support or services to start their own healing process and his worry that they never will.

Then it was Nelba Marquez-Greene’s turn to speak. Along with having a Masters in Marriage and Family Therapy, she started the Ana Grace project. It is named after her 6-year-old daughter, who was tragically killed in the Sandy Hook Elementary School shooting. I probably do not have to go into the details of the massacre that took place in Newton, CT on December 14, 2012, as it is burned into most of our memories. As Nelba thanked all of the officers and attendees for the work that they have done and continue to do, I was struck by the unbelievable compassion and love in her voice. As I was wiping away tears, I thought how does she do this? What a brave, courageous, beautiful human being. Taking the tragic events that happened to her family and choosing to share her story, support others, open up important discussions about gun violence and supporting those who have been victims.

One underlying theme that both Chris and Nelba emphasized was the incredible importance of self-care and how critical it is for communities to offer these services in the wake of tragedies. Care should also be provided to the officers and responders, as well as the families of the victims. Self-care is not a new topic especially for those of us working in crisis related fields. Nelba said it best:

She emphasized that not everyone’s traumas and tragedies are going to make the news, but they add up and they will make an impact on your life.

Thank you to the officers, school staff, teachers, parents, family, friends, mentors, and others in the community. You and the work you do makes a difference. Just remember, we are all in this together.