I Think My Daughter is Being Trafficked | Runaway Reality: Julie

“Julie was very proactive about the situation and had been communicating with her daughter when it suddenly stopped.”

My Daughter is Being Trafficked 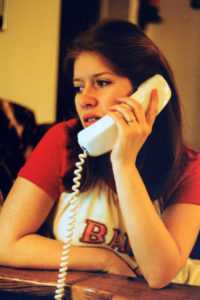 Over the course of a few weeks, NRS received calls from a mom concerned that her daughter was being trafficked. The daughter had recently gotten involved with a pimp.

She called a few weeks after her daughter went missing because she was frustrated and thought she was out of resources.

When she initially called, the mother said that her 16-year-old daughter had gotten involved in her first “relationship” with an older man that she had met online but it turned out he was a pimp.

Julie had received information regarding her daughter’s possible whereabouts so she filed police reports in the city they lived in along with the city she believed her daughter was in.

Julie then traveled to the city where she believed her daughter was located to see what additional information she could procure. However, she faced being charged with trespassing. She had been to the same two locations regularly because someone said they had seen her daughter there.

Julie was very proactive about the situation and had been communicating with her daughter when it suddenly stopped.

After talking with the frontline team members (“liners”) at NRS, she was provided national resources such 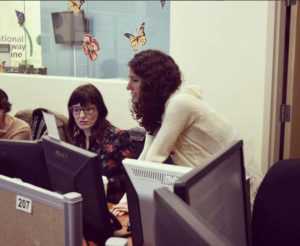 as the National Human Trafficking Hotline and local resources. She was allowed room to vent her frustrations.

The mother talked about the barriers she faced to continue her search. She mentioned the risk factors that the youth had. She also spoke about the potential race issues that may be hindering assistance she received.

Unfortunately, this was a series of calls that NRS doesn’t know the outcome.  However, all involved feel confident in the resources and support they were able to provide.

We wanted to make Julie feel heard and validate her experience, as well as support her in developing a plan of action. These are the most important aspects of this call, as it is with every call.