“…We have to break the cycle of young people, especially young girls, who repeatedly run away from home…” Washington, D.C. Mayor’s Office Spokesperson, Kevin Harris

Washington, D.C. is in the spotlight because of a viral social media post that said fourteen teenage girls in the area had gone missing in a single day. Subsequent reports have since shown that this was not accurate. However, the more important result is awareness to the runaway youth crisis. Why youth choose to run away and what can be done to help prevent more kids from leaving their homes is now in the conversation.

According to Buzzfeed, the controversy began after D.C.’s Metropolitan Police Department (MPD)changed their social media policy to include posts regarding missing youth. This was an effort to locate these youth more quickly. Since March 19th, 20 of these posts were added, including 10 minors. This created the perception that the area had seen a rapid increase in missing youth.

An Instagram post saying that 14 girls had gone missing in the D.C. area was refuted by local D.C. news and the MPD. (According to NPR, that in 2017, 175 juvenile missing persons cases had been opened per month since January, which is less than the average per month in the last 5 years.) It was also pointed out by Shaun King of the New York Daily News that some of the girls in the post were not from the D.C. area, and had been missing for several years.

However, the post went viral, and attention is now focused on the city and its efforts to protect its youth.

The city has responded.

Local government has sprung into action, coordinating efforts across departments to assist in the investigations. The social media firestorm has also ignited a renewed conversation on how we define runaway youth, and what causes them to run away.

Mayoral spokesperson Kevin Harris told the Washington Post, “Often times, these girls are repeat runaways, so if we really want to help solve this problem and bring down the numbers, we have to break the cycle of young people, especially young girls, who repeatedly run away from home.”

NPR has reported that Delegate Eleanor Holmes Norton, D.C.’s nonvoting representative in Congress, sent a letter to Attorney General Jeff Sessions and FBI Director James Comey to ask that resources be devoted to the situation to determine if the statistics are correct and if they indicate a growing trend of runaway and missing youth. 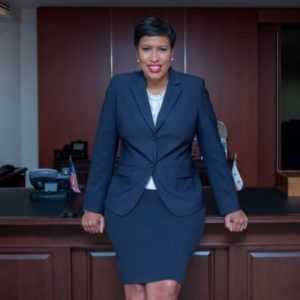 Mayor Muriel Bowser has launched an effort to improve how law enforcement responds to runaway youth and missing youth cases, the use of social media to help assist in the investigation, and evaluation of how runaway and missing youth are defined.

There is also a public service announcement featuring NRS and local D.C. celebrities.

The mayor has issued 6 initiatives through her office:

It is now known that there is no spike in missing youth, according to the Washington Post. There is also no evidence that any human trafficking occurred around these girls featured on social media.

However, the local D.C. community has banded together to protect their youth. Local government is working to prevent against more cases of runaway youth in the future.

Although the runaway youth crisis in D.C. has received some fresh attention from the public and politicians, this isn’t limited to D.C., it’s a nationwide crisis.

It is important that youth are aware that NRS’ services are available to help when they are in crisis 24/7/365.

If you or someone you know is thinking about running away, please call NRS at 1-800-RUNAWAY. You can send us an email or chat through our website, 1800RUNAWAY.org.