Lack of family acceptance is a critical factor for the health and safety of youth who identify as LGBTQ. 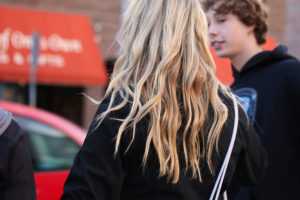 According to the Human Rights Campaign (HRC), “studies show that familial rejection can lead LGBTQ youth to engage in behaviors that put their health at risk, trigger depression and other mental health problems, and – in the worst of cases – result in homelessness or suicide.”

Sky** had never reached out to a hotline before, but they* didn’t know who else to talk to when they decided to chat with NRS under the username scaredandalone.

Locked in their bedroom with their laptop, Sky felt nervous as they filled out the demographics, but was relieved to see “transgender” and “gender non-conforming” on the list.  That was a good sign.  Sky chose “transgender” as their gender identity, and indicated that they are 15 years old before submitting the field and waiting for the chat to start.

scaredandalone: I’m thinking about running away from home because my family isn’t supportive of my desire to transition into a more male body and is very emotionally abusive. I’m scared because I don’t feel like I can stay here anymore but I don’t have anywhere to go. My dysphoria has been getting steadily worse since I came out to my parents…. they’re hyper-analyzing my appearance now and commenting (sometimes even forcing me to change) if I’m dressed in a way that isn’t feminine enough for them.

NRS: We are so sorry to hear that.  You don’t deserve to be abused in any way, and you deserve to have your gender identity respected.

As a liner at NRS, Fatima loves taking chats because she grew up building her community, friends, and support system online.

Fatima immediately felt connected to the chatter and wanted them to know that this chat was a place where they would not be judged and they could feel safe to talk about what was going on at home. When Sky got together the courage to come out to their parents about being trans, they were braced for a bad reaction but were unprepared for the emotional abuse that would come. They described being constantly berated by their mother as their gender dysphoria escalated.

Sky tried to talk to their parents multiple times, even having them come to a session with Sky’s therapist.  Unfortunately, the therapist sided with Sky’s parents and told them all it would be “best” if they didn’t talk about Sky’s gender identity. Sky’s parents took this as validation that Sky should continue to act and dress in a feminine way. Sky had decided to try to make a run for it.

scaredandalone: Talking hasn’t changed anything- I’m still being pushed back into the closet. I want to be able to start over on my own where I can access LGBT resources overtly without having to fear my family’s reactions… I just know that I need to get out of here because it’s driving me to a really bad point and I feel like if I stay with my family, they’re going to do something terrible.

NRS: That sounds very scary, and it is understandable why you would think about leaving. There are lots of resources out there for you and we would be happy to provide you with some referrals.  You mentioned you think that your family might do something terrible.  What do you fear that they will do?

scaredandalone: My mom says I’m going to hell and that trans people are against nature and religion. My mom has talked about getting our church involved in this debate over my identity. I don’t consider myself to be affiliated with or believe in their religion because I can’t be part of a religion that doesn’t accept people who love others of the same gender or people like me.

Sky was afraid that their mom may try to put them into a “conversion therapy” program that their pastor had endorsed.  Sky and Fatima chatted about Sky’s plan to run away to a supportive friend’s house. They also talked about making a plan that prioritized Sky’s safety while making sure that Sky understood the risks of running away and the legal issues they might encounter.  Sky suddenly stopped responding to Fatima’s chat, and ten minutes passed in silence.

NRS: Are you still there? We just want to check in on how you are feeling. This is a really scary and overwhelming time for you.  Are you ok?

NRS: We’re still here if you need us 🙂

scaredandalone: I am still here but my mom just came into my room and started pulling the usual routine of saying horrible things and berating me… I can’t stop crying and I’m so scared…

NRS: You don’t deserve this. We hope you know that there is a wonderful, supportive community out there and you will be there someday, and that you won’t have to wait forever to transition.  We can help you find lots of resources and connect you to others who have been through this and understand what it is like.

Fatima had been chatting with Sky for around two hours and wanted to make sure that she left Sky with a plan and some resources.  Together, they worked out that Sky would stay home for now, and that they would contact an LGBTQ resource and shelter a few towns over in case they felt unsafe and needed to leave home.

scaredandalone: Thank you so much for your help, I think that’s all I really need for now.  Thank you for listening.

NRS: No problem, that’s what we are here for. 🙂 Stay strong!

*Trangender or nonbinary individuals often refer to themselves using the gender neutral “they” as a singular pronoun, as opposed to “he” or “she”.

**Names have been changed to respect anonymity.

I Think My Daughter Is Being Trafficked: Julie’s Story