“Every holiday that I worked, we received no shortage of calls, emails, and live chats from youth and families in crisis.”

Katelynn DeLavan shares her Runaway Reality stories that she gathered during the four holiday seasons when she was a supervisor in the crisis services center of the National Runaway Safeline (NRS).

Being open 24/7/365 means that NRS never closes or stops taking crisis calls, chats, texts, and emails. This also means we are open nonstop through the holidays. When I was a crisis services supervisor, I worked in the crisis services center on every federal holiday for four years.

I answered the phone every Thanksgiving, Christmas Eve, Christmas, and New Years Day. I started by working the graveyard shift, and I remember trudging through several feet of snow on a quiet (for Chicago) New Year’s Eve, arriving just before midnight, and toasting in the New Year with my fellow crisis services supervisors with non-alcoholic sparkling grape juice and plastic noisemakers. NRS stayed open that year through a record-breaking cold front complete with thundering snow storms which became known as the Polar Vortex.

Over the years, I moved to the day shift and shared my holidays with our kind and wonderful volunteers, munching on homemade sugar cookies and sipping hot chocolate in a tinsel-covered call center. My coworker and I made a tradition of cutting elaborate snowflakes from over-sized paper and displaying our fantastic creations in the windows. And every holiday that I worked, we received no shortage of calls, texts, emails, and live chats from youth and families in crisis.

The holidays are undeniably a stressful time of year. There is no exception to this rule for at-risk youth and their families. Cold, harsh weather compounds the danger and discomfort of surviving while homeless.

We see a big “Home Free for the Holidays” rush every year around the second week of December when young runaways come to realize that life on the street is much harder than they thought it would be and that they are ready to come home to their families.

Parents of missing youth can have an especially hard time dealing with the fear, pain, and grief of not knowing where their children are, or if they are safe. Family time does not mean safety for every child. The stress of the holidays can exacerbate tensions in the happiest of families. For the unhappiest of families, it could spark a crisis.

I remember a call that came in on Christmas Day a few years ago. Imani* was 15 and had been a ward of 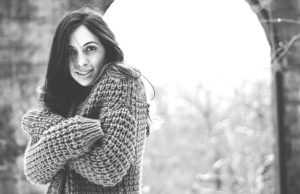 the state since she was nine. She lived in a group home but had a weekend pass to visit family for the holiday. She was excited to see her cousins, but things quickly took a turn for the worst.

Imani had no presents under the tree, and nothing but the floor to sleep on for the weekend. The adults in the house quickly became intoxicated; the house was crowded and noisy. One of Imani’s cousins picked a fight over a grudge they had with Imani’s biological mother, who Imani had not had any contact with in over five years. Another relative joined in, “Who even asked you to be here? Nobody wants you!”

Imani told me, tearfully, that she had been kicked out of the house and ended up sitting inside a McDonald’s because that was the only place that was open and she had no coat. Her caseworker wasn’t answering the phone, and neither was the group home. I called every shelter in that town, and the next town over. All of them were full. At this point, the McDonald’s was ready to kick her out too.

Finally, I got a call back from an on-call crisis worker with the state who was willing to come pick Imani up and transport her to safety until she could go back to her group home. I sweet-talked the McDonald’s manager into letting Imani sit there a little longer, and into giving her something to eat. A little over an hour after placing the call to NRS, help was on the way for Imani.

Imani did not have a happy Christmas that year.

Getting a youth into a shelter or in contact with a caseworker is a challenge on any day, but can seem impossible on holidays when everything shuts down. I made 12 outgoing calls to shelters, caseworkers, group homes, and statewide hotlines that day; I was lucky that I got in touch with anyone.

Wherever Imani is this Christmas, I hope she has a better year. And while this will be the first time in five years that I’m not spending Christmas in the crisis services center, I am grateful that NRS is open all year and able to answer the phone when youth need it.

*Name has been changed to respect anonymity.

Do you want to help?

Learn more about volunteering with NRS by visiting our online orientation.

Don’t have the time to volunteer but still want to help? Consider donating. Thank you.