Can A 17-Year-Old Move Out Without A Parent’s Consent? | Runaway Reality

Learn more about Kiara’s contact with the National Runaway Safeline.

Kiara’s Runaway Reality story explores a topic that NRS receives many questions about from youth: “Can a 17-year-old move out without a parent’s consent?”

Thirty percent of youth crisis contacts received by NRS are for youth who are 17 years old. Why are there so many more 17-year-olds reaching out for help than 16 or 18-year-olds? 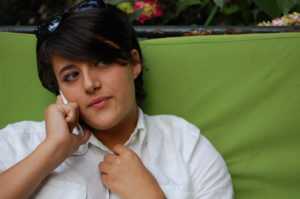 17 is a tough age.  One of the most common issues that youth contact NRS about are family dynamics and conflict with the family rules. By the time a youth is 17 years old, they are on the cusp of young adulthood and nearing the day where they will gain certain legal rights to choose their own living situations. However, they are still underage and are expected to follow the rules of the house.

For lots of youth, waiting until their 18th birthday to move out on their own can seem like too much. Moving out at 17 is also a complicated issue.  There is lots of false or misleading information online that leads youth to believe they can move out legally at 17 without a parent’s permission.  In general, a youth must be 18 to legally move out without a parent’s permission. However, laws vary from state to state and these laws are not enforced equally.

Some police departments do not choose to actively pursue older runaways if they are nearing the age of majority.  However, any person who wants to move out before they turn 18 is risking police intervention and made to return home.

When Kiara* reached out to NRS, she was chafing under her parents’ restrictive rules and also struggling to get along with her mother.

“She doesn’t understand me or tries to see my side of things.  I tried to talk to my mom about how I’m feeling but she doesn’t listen to me at all. She just says I want attention.”

Kiara turned to her new boyfriend of three months for emotional support. “I feel like he is the only person who really gets me and supports my dreams.  We can talk for hours and hours.” Kiara’s mom let her hang out with her boyfriend on Saturdays, and they saw each other at school every day.  Kiara felt that limiting her time to weekends was unfair. She felt she didn’t get enough time with him.

Kiara was caught by her mother trying to sneak out to see her boyfriend after being warned twice. She is then grounded for a week with no phone privileges.  Kiara called into NRS to find out what would really happen if she moved in with her boyfriend.  Would her mom call the police? Will she be arrested?

NRS’ liner, Taylor*, patiently talked Kiara through all her questions.  Taylor let her know that while it isn’t a crime to run away, her mom can call the police, and she can be forced to go back home.

Her boyfriend or her boyfriend’s family could get into legal trouble for harboring a runaway, for taking her in.

Taylor pointed out that Kiara was getting a little ahead of herself.  “Have you talked to your boyfriend about moving in with him?”  Kiara had not but was sure that he would take her in if she came to him.  “What about talking to his parents?  It is helpful to set clear expectations.  You might want to talk to your boyfriend’s mom before showing up at their house,” Taylor explained.  Kiara had not thought that far ahead.

Taylor got Kiara thinking about how she would survive if she moved out, how she would keep up with school, and how long she expected her boyfriend’s family to support her.  Together, Taylor and Kiara worked on a plan of action that included having a conversation with her own mother about compromising on how much time she could spend with her boyfriend. They continued by talking about how she can earn back some trust and privileges that she lost when she was grounded.

Kiara realized that she needed to talk to her boyfriend about whether this was a good time to take a big step in their relationship by moving in together.  Taylor gave Kiara a lot to think about on that call.

NRS receives lots of calls from 17-year-olds like Kiara every day.  Youth do not have to be in life-threatening danger or be homeless to get help from NRS.  NRS is here to help youth talk through their issues, whatever they are, and help them make a realistic plan of action.

Kiara was grateful to be able to talk to someone who wouldn’t judge her for her age or not take her issues seriously. By the end of the call, Kiara had decided to put off running away until she had thought through her plan more and explored alternatives, like talking to her mom and coming up with a compromise. It is hard to be 17, and NRS is here to listen and help!

*Names have been changed to protect their identity.