How To Use Education To Prevent Human Trafficking of Youth

Runaway and homeless youth are at particularly high risk for being exploited while on the streets. It’s easier for predators to manipulate a young person who has nowhere to go, no basic needs, and in many cases no hope. 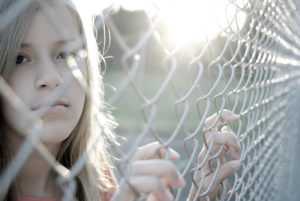 It’s also important to understand that many runaway and homeless youth have experienced previous traumas, such as; abuse, violence, and family issues that leave them more vulnerable to being exploited. Child sex trafficking is a growing concern across all communities and extends to individuals from any racial, ethnic, gender, and socio-economic status. Because these issues are so often hidden and go unreported, survivors of trafficking are under-identified and under-served.

For January’s Human Trafficking Awareness Month, it’s important to shine a light on the issues of trafficking and exploitation, and some of its most vulnerable populations. Fighting against human trafficking means standing up for runaway and homeless youth.

While there is no official estimate of the total number of human trafficking victims in the United States, Polaris estimates that the total number of victims (including both adults and minors) reaches into the hundreds of thousands. According to the National Human Trafficking Hotline, this number continues to rise. In 2016, the hotline received reports of 7,623 potential cases of sex and labor trafficking, and 2,370 of those victims identified as minors.

Helping to connect young people to programs, such as; basic centers, transitional living programs, and drop-in centers, as well as the National Runaway Safeline, can provide a safe place to stay and/or offer other support services for youth at risk of being trafficked. In a recent study that interviewed youth staying at Covenant House shelters throughout the U.S. and Canada, nearly one in five of the interviewed youth were victims of human trafficking.

As the federally designated national communication system for runaway and homeless youth, the

National Runaway Safeline (NRS) makes 250,000 connections to help and hope and focuses on connecting youth to resources and working to keep them safe and off the streets. In addition to providing intervention services through the hotline and online platforms, NRS also recognizes the importance of prevention when working with at-risk youth.

By utilizing resources such as the Let’s Talk: Runaway Prevention Curriculum, NRS gives providers the tools to talk with young people about issues, such as; peers and healthy relationships, family roles, and runaway reality. The idea is to provide youth a safe space to discuss issues of abuse, exploitation, and family dynamics so they better know how to deal with these issues if they should arise. The goal is making youth feel safe, giving them the skills to identify potential risks before they happen, and knowing what resources they can access if they are feeling unsafe.

In the 2016 NRS crisis contacts report, there were encouraging trends showing an increasing proportion of youth contacting NRS before running away. This means that many youth are reaching out to talk about their concerns and get access to safe resources before ending up on the streets or in a dangerous situation. We must continue to build a network of support and resources to which survivors can connect.

While there is still a lot of work to do, there is certainly hope that youth-serving organizations and all communities will continue to stand up and provide care and safety for young people in order to prevent future human trafficking incidents. Remember, runaway prevention is human trafficking prevention.