The National Runaway Safeline (NRS) is proud to honor Heidi Hostetter as our Donor of the Month for January, 2018. 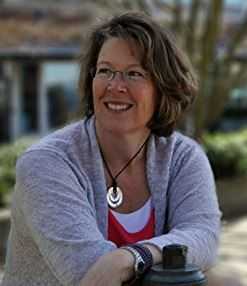 In honor of National Runaway Prevention Month in November, Heidi donated her November royalties from her book, A Light in the Window: An Inlet Beach Novella, to NRS.

A Light in the Window is the story of a community coming together to help a runaway teen in crisis.

“My story is about a kid who is in trouble, and if he had access to your services at 1-800-RUNAWAY, he could have had a better outcome.  He would have gotten help right away,” said Hostetter.  In the book, a teen runs away at Christmas time after he was abandoned by his mother and left with no resources. In search of help, he runs away to an uncle, related by marriage, the only person who has ever shown him kindness. He hasn’t seen his uncle in years and is guided by little more than distant childhood memories to find his relative. “There is a time in the book where the people who find him don’t know what to do with him. He actually gets arrested for trespassing, but the police officer notices that there’s something wrong. That’s the first spark in going down a different path.” 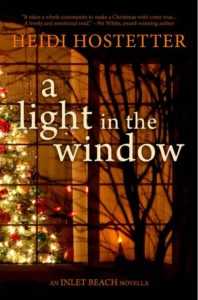 The title, A Light in the Window, comes from Hostetter’s grandmother, who used to put a lamp in her window whenever she was home as a signal to her neighbors that if anyone was in trouble, that they could come talk to her and get help.

“I think that it is important to give back,” says Hostetter.  “Everybody can do more. [NRS] does good and crucial work.” – Heidi Hostetter

“I knew all the way back when there were payphones that you could just pick up a phone and you could dial that number and that help would be on the other end… I was happy and honored to be able to donate to NRS.”

You can find out more about Heidi Hostetter and A Light in the Window by visiting her website, www.heidihostetter.com.