Why I Choose to Work at NRS and Support Its’ Mission

Crisis services supervisor Colleen Moran shares her thoughts on why she chooses to work at the National Runaway Safeline.

I have been working at…

Crisis services supervisor Colleen Moran shares her thoughts on why she chooses to work at the National Runaway Safeline. 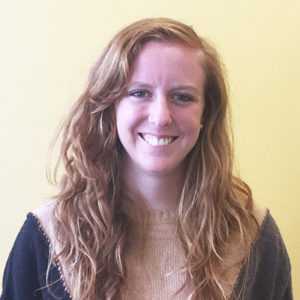 I have been working at NRS as a crisis services supervisor for about six months on the overnight shift. I’ve worked many jobs in youth development and leadership and also within the healthcare system. When I first heard about NRS, I hadn’t known that there was a helpline designed specifically for homeless and runaway youth and while I had worked with youth surrounding issues like sexual assault and abuse, I didn’t know if I would be able to connect with that specific demographic.

Within the first couple of days of working I found that, while different than anything I had ever done, the work I would be doing would be just as fulfilling and challenging as anything in my past. Instead of just helping with one issue like sexual violence or access to healthcare, I was helping with those things and every other issue someone could think of. I enjoyed learning about runaway laws in different states and what it takes to become emancipated throughout the country. I learned from my fellow supervisors’ different ways of mediating and practicing crisis intervention.

I choose to work at NRS because I enjoy that every day and every call is different. I have never learned so much in such a short amount of time. And I feel, at the end of every day, that I have made a difference in at least one person’s life.

An interaction that sticks out to me was with a parent that had a child that had run away. Since we work with so many youth that run away due to abusive or neglectful situations, I thought contacts with parents would be difficult for me to remain non-judgmental and compassionate. This particular father was scared, ashamed and regretful that he hadn’t been there more for his son, who had left a note saying he ran away because of bullying at school. My heart went out to him and all I wanted to do was give him every resource that could possibly help him.

While giving him information on filing a runaway report and missing children resources, I also gave him the number for Team HOPE and anti-bullying websites so that he could get support and educate himself before his son hopefully was found. He felt grateful that we would go out of our way to help him with all of the issues he was facing and not treat him like a bad parent. I realized that I never thought that once and that I was able to be just as compassionate and understanding as any other interaction I’ve had with youth.

That call helped remind me that we serve all people and that everyone deserves to be treated with empathy, no matter the situation. And I support NRS’ mission to do just that.