Runaway Reality: Being Bullied at School

When Jerome* called us at 1-800-RUNAWAY he was struggling with how to handle being bullied at school. His friend outed him to their peers at school… 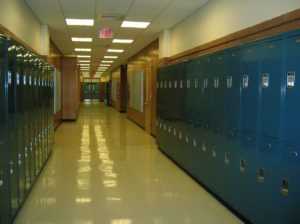 When Jerome* called us at 1-800-RUNAWAY he was struggling with how to handle being bullied at school. His friend outed him to their peers at school and the bullying that came after was relentless. The bullying was reported to his teachers and principals and while his mother was trying to advocate for him the best she could, nothing seemed to change. The only thing he could think of to do was to run away from it all.

The main trigger of the bullying was his friend outing Jerome as gay. Since then, his classmates would throw paper notes at him with homophobic slurs and even slip these notes in his locker. Some of his “friends” and peers even started a group chat where they talked about him behind his back. The extent of the bullying made Jerome feel that people were always staring and judging his every move.

“I feel like an outcast and nobody at school believes me.”

Bullying is illegal and schools have an obligation to create safe environments for our youth to grow and learn. However, that doesn’t always happen and widespread bullying doesn’t necessarily get fixed overnight. The liner who picked up the call, Nico*, worked with Jerome to come up with some ways to address the situation and cope.

“It’s really awful that the people who are responsible at school for keeping you safe are not responding as you would hope they would. But, I am so impressed that you are not keeping the pain of being bullied to yourself. You are telling people and reporting it. That’s some serious courage.” – Nico, NRS liner

While school officials and staff weren’t necessarily a trusted support system for him, Nico suggested that Jerome look outside the school system for counseling or therapy. Jerome was a little skeptical at first, he did not see how a therapist would solve his issues. However, Nico pointed out that a therapist could serve as a neutral person who is there for HIM with no ties to his school or bullies. Therapy could be a good resource for him to explore ways to address bullying and be there for him along the way. Nico was able to provide a few services in his area that were free to low cost.

Jerome wanted to someday confront his bullies but wasn’t ready to take that step at the time of the call. He let us know that he really just wanted for someone to listen to his story and believe him. We are always so honored to be that trusted with our youth’s stories as it can be so hard to talk about issues like bullying. The call ended with Nico reminding Jerome that the National Runaway Safeline is available 24 hours a day, 7 days a week and 365 days a year for if he ever needs to talk or wants to explore more options.

If you or someone you know is being bullied and are looking for help, call us toll-free and confidentially at 1-800-RUNAWAY or chat with us online. Some other resources available to you include: