When Kara* ran away from home to live with her friend’s brother, she thought she was escaping to a safe place but she ended up being trafficked instead. 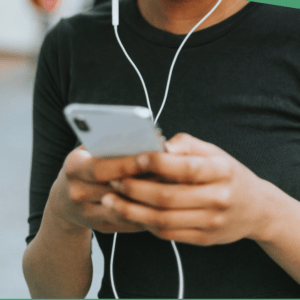 When Kara* messaged the National Runaway Safeline, she was looking for a way to escape exploitation. Months previously, a fight between her and her mom escalated to the point that Kara was scared for her life. It wasn’t the first time her mother was physically abusive. She had been confiding in a friend from school who seemed worried about her wellbeing for several months. After this incident, her friend’s older brother offered a place to stay. She knew her friend’s brother and he was always kind to her, so she accepted the offer.

Everything seemed to go well for the first month. She was going to school, eating well and she genuinely enjoyed her time at the house. After that month though, the older brother told her she needed to work in order to continue living there. Kara didn’t have a driver’s license or any form of identification, so getting a part-time job would be difficult at the very least. The older brother was aware and told her she could stay if she did “favors”. He then began to force her to trade sex with other men in exchange for her living arrangement.

“I know I owe him – he’s been giving me a place to stay and I really don’t want to go back with my mom. I just don’t want to do this anymor but I don’t know where I’d go.” – Kara

NRS volunteer, Torrie*, could sense that Kara was conflicted. The relief of getting out of her mother’s house made her feel like she was indebted to the same man who was exploiting her. She wanted to save up enough money to get an ID so that she can get a job and find somewhere else to stay. As more and more time went by, it became clear that leaving was not an option.  She was no longer allowed to leave the house by herself.

“It sounds like you feel that you owe him but really want to leave. Your safety is important and you deserve to live somewhere you feel loved and shouldn’t be forced to do anything you don’t want. None of this is your fault. Do you already have a plan for when you leave?” – Torrie, NRS liner

Together, Kara and Torrie came up with a plan to keep Kara safe while she left. Part of the plan included packing a bag ahead of time and store it somewhere hard to find so she could quickly leave while he was out of the house. At the end of the call, Torrie conference called with local shelters to help Kara identify which she could go to for a safe place to sleep and local services for exploited youth with a plan of how to get there.

If you are in crisis, reach out to the National Runaway Safeline at 1-800-786-2929, or through NRS’ website via live chat, e-mail or public forums. We offer 24/7, free, confidential support through our crisis services.