Jon spends each day inside a crowded studio apartment with their dad who recently found out they identify as bisexual. Their dad does not support… 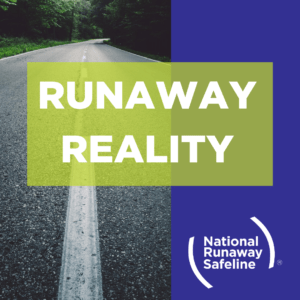 Jon spends each day inside a crowded studio apartment with their dad who recently found out they identify as bisexual. Their dad does not support this lifestyle and has become increasingly aggressive and threatening in conversation. Jon has developed phantom pains from worry and stress.

Unsure of where to turn for help, Jon called the National Runaway Safeline (NRS) while their dad was away from the apartment at work. Jon said this was their favorite time of day because it was peaceful. Jon knew the situation would get worse and running away seemed like the only option.

To Jon, running away sounded well and good. But they admitted that the reality was they didn’t know where to go and didn’t want to endanger anyone who might help. Life with their dad felt harder every day and the isolation wasn’t helping. Jon felt very alone.

Jon did not want to call Child Protective Services (CPS), as the thought of filing a report that might not change anything was traumatic. Though scared of their dad, Jon felt that there wasn’t overt abuse and an investigation wouldn’t turn up anything. While their dad was manipulative, threatening and coercive, he had not physically struck Jon so far.

We discussed calling CPS together. Jon could remain anonymous and ask any questions. If uneasy for any reason, they could disconnect and if, comfortable with the conversation, they could proceed with filing a report. Jon agreed and together we called a local hotline for abuse reporting.

The person who answered was both genuine and kind. The CPS employee recognized the pain in Jon’s voice and understood the complexity of the situation. Jon was forthcoming with the requested details and was not pressed to explain anything beyond the basic facts. Jon appreciated they did not have to provide identifying details. The CPS employee suggested Jon seek therapy and provided phone numbers for recommended resources. Their dad could attend as well, but Jon was entitled to a certain number of visits before their guardian would need to be notified. Feeling hopeful, Jon planned to call a therapist the next day.

Throughout our conversation, Jon continually mentioned how grateful they were to be taken seriously. It seemed as though anyone they shared this issue with, whether it be friends or relatives, was dismissive and not interested in helping.  They had felt completely invalidated before calling the National Runaway Safeline.

Sometimes validating a person’s experiences is more meaningful than offering a solution. Knowing that someone heard them and believed them may exatly what they need. At the National Runaway Safeline, we are here to listen and to help each person who bravely reaches out to us.